You might not be able to find a more willing game fish participant than the spotted sea trout. These fish are beautiful with their silver and green bodies speckled by black spots. They have a mouth similar to a bass except that they have 1-3 fang-like teeth in the top of their mouth.

You’d also be hard-pressed to find a fish that tastes any better when cooked fresh. They can be regularly caught in sizes ranging from 1/2lb to 7 lbs with 5lb fish being quite frequently caught during the winter months.

Where can spotted sea trout be caught?

Just about anywhere in the Tampa Bay area’s inland waters. Though these fish are caught in deeper water more often than many of their inshore counterparts.

Quite often the most productive waters for them are in depths of 4-10ft. But it isn’t unusual to catch them in water as shallow as 10′ deep. Creeks, rivers, canals, flats, and beaches all have their time and place to wear out some trout.

What do spotted sea trout eat?

Shrimp, sardines, mullet, pinfish, crabs, and many other baitfish. Some of the most fun you’ll ever have though is catching them on artificial lures such as jigs. But the real fun is when you can get into them good on topwater plugs.

When is the best time to fish for spotted sea trout?

Spotted sea trout can be caught year-round but we’re more successful during the colder and milder months. If you really want to whack some big trout your best bet is December through April with January, February, and March being the best of those months.

Catch A Sea Trout On An Inshore Charter 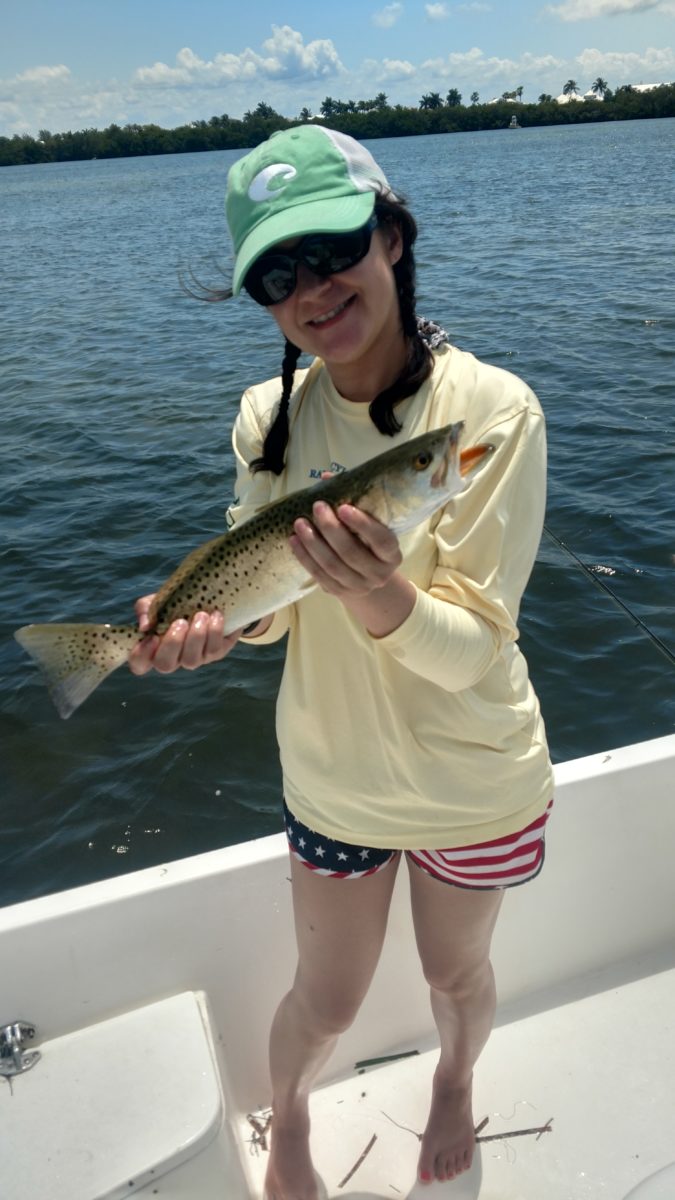