In appearance, snook favor bass in many ways. Their fins and mouths are very similarly shaped. Snook caught in the backcountry are even similarly colored; dark brown, green, and silver. But for the most part, snook is more silver than anything, a little more elongated than bass and they have a single line down each side. Hence the nickname, “Linesiders”.  They also feed similarly to bass. They readily take live baitfish and topwater plugs. They even leap out of the water during a fight.

But, that’s just about where the similarities stop. Unlike bass, when you hook a good-sized snook it’s like hooking a freight train. Line screams off your real and all you can think about during the fight is how you just hope you can keep the fish buttoned on and not get broken off.

Where can snook be caught?

What does snook eat?

Snook readily eat baitfish such as sardines, pinfish, and mullet. They also will eat shrimp and crabs.

When is the best time to fish for snook?

Snook can be caught year-round but the best time for us to catch them here in the Tampa Bay area is from March through October. The open seasons for snook have changed quite regularly during the past several years so check with us by phone to find out the current regulations on taking one home for dinner. 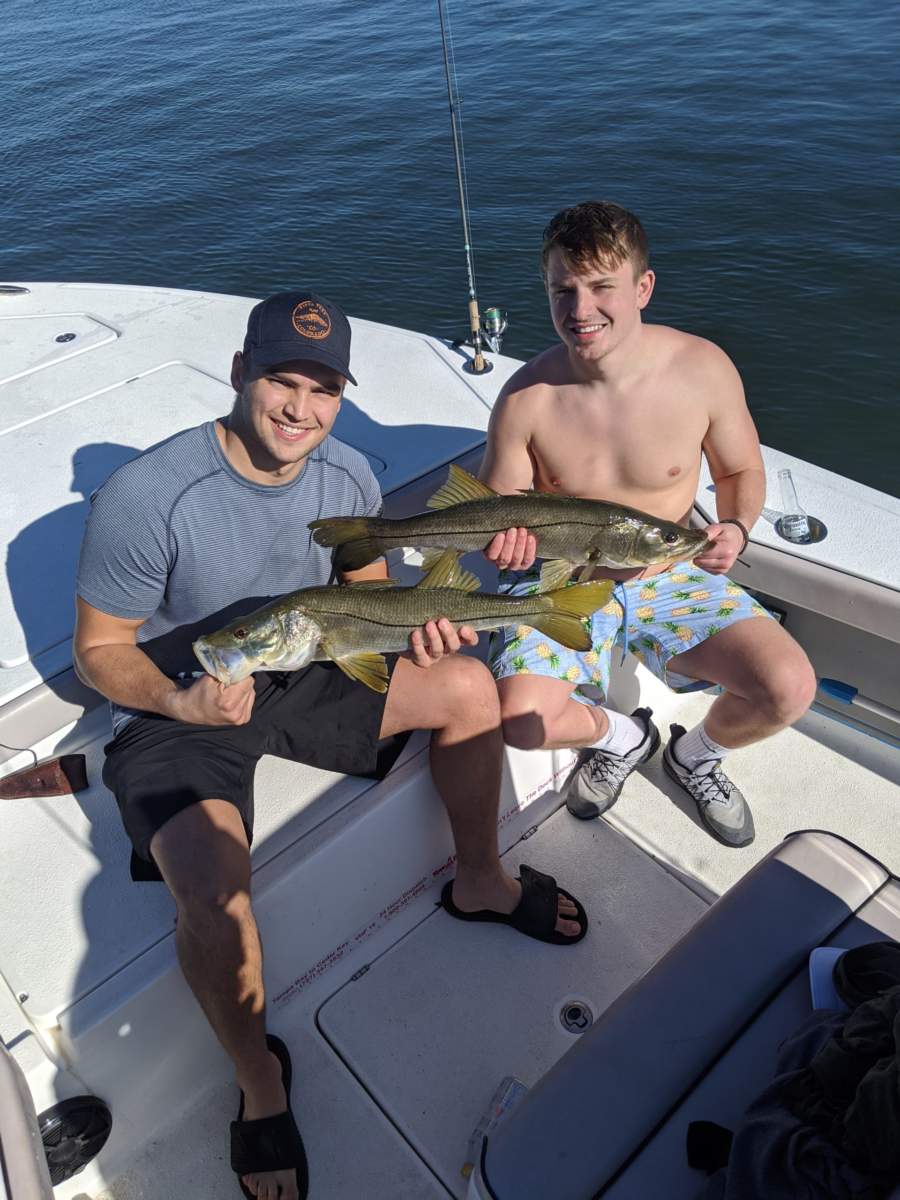 Catch Snook On An Inshore Charter