The most awesome fish of all inshore game fish. Beautiful, hard fighting, and often elusive. Long, silver, and formidable. Nothing, I mean nothing beats the chase and the fight of tarpon. There’s a reason that people have visited Florida, hooked and fought a tarpon, and then literally moved here because of the addiction they were afflicted with by fishing for the majestic fish.

Fighting a tarpon is like nothing else. It’s a train wreck crossed with a rodeo with a little saltwater adventure mixed in. Tarpon is regularly caught in the Tampa Bay area from 60-150lbs with fish reaching 200lbs on occasion. Their runs are breathtaking and their leaps are inspiring. If you’ve never caught one, put it on your bucket list because you don’t want to go through life with ought ever having had this experience.

Where can tarpon be caught?

Like many of our local game fish, they can be caught in many different areas depending on the time of year. Creeks, rivers, flats beaches, passes, and around the area bridges are likely places but the best places to target them are hands down the beaches and bridges during the summer.

What does tarpon eat?

Live and dead baitfish including sardines, threadfin herring, mullet, and pinfish. They will also eat shrimp but one of their favorite foods is crabs.

When is the best time to fish for tarpon?

They can be caught year-round but to really target them, the best time of year is during the summer. May through September are your best bet. 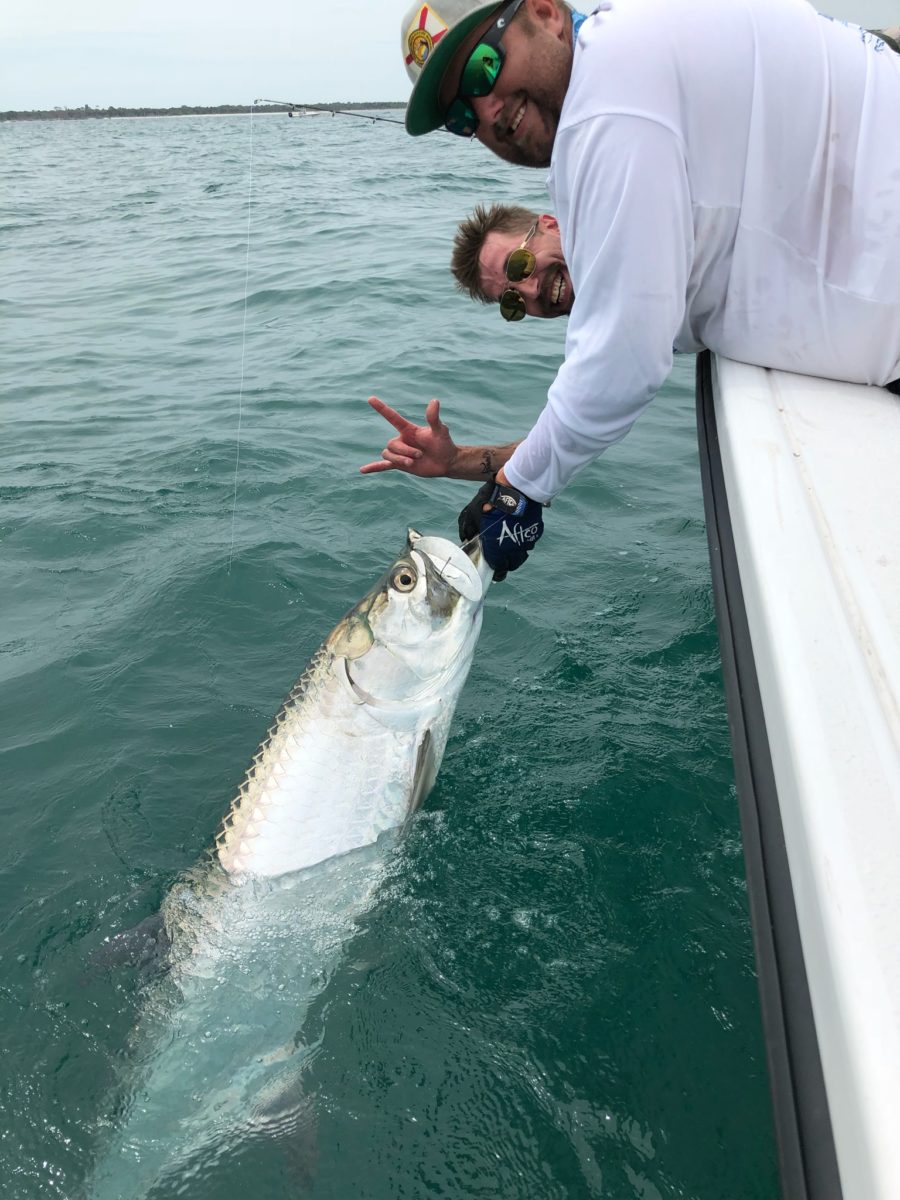