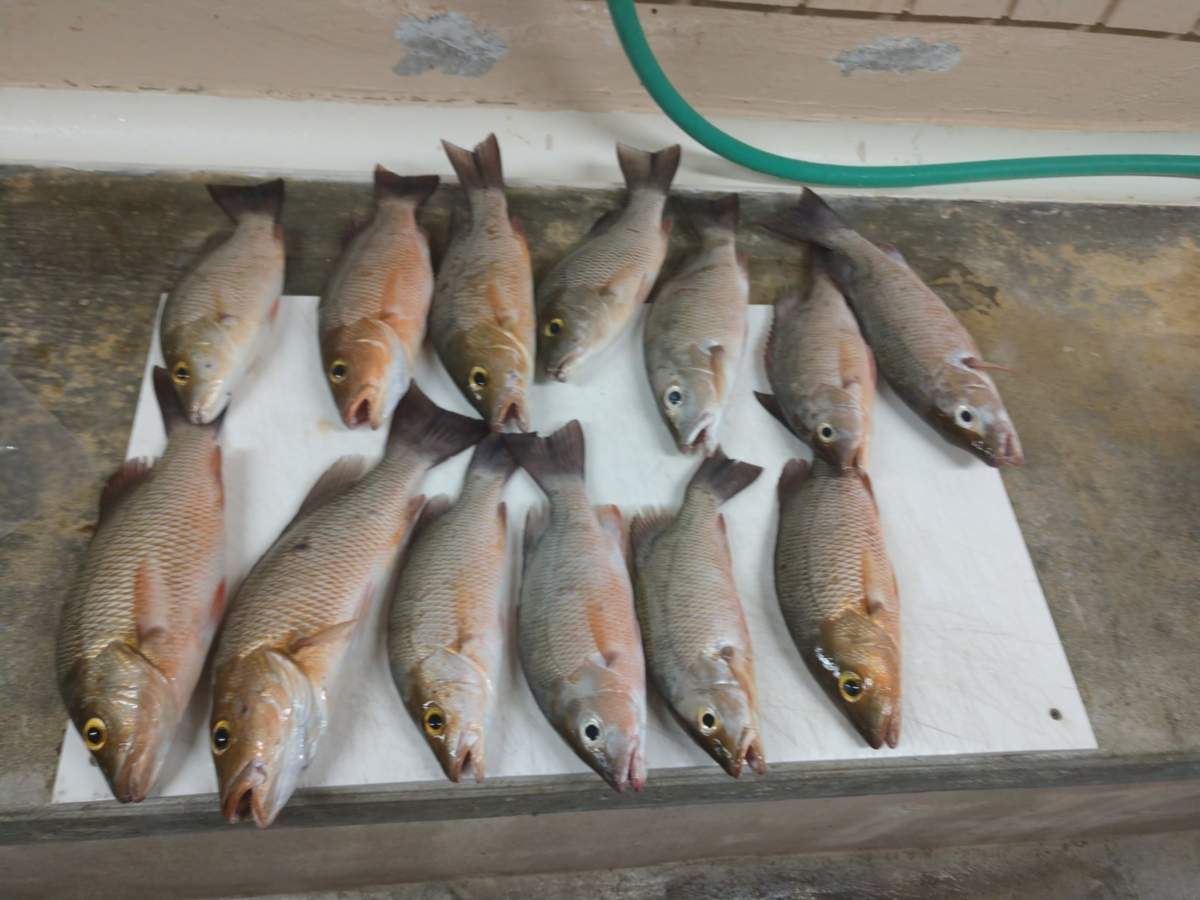 This week we have found ourselves in a warming trend that has brought water temps up from a very brisk 58 degrees to somewhat swim able 68 degrees. With this warm up we have seen a change in fishing from a winter pattern to a spring pattern. Bringing temperature sensitive species such as Snook, out of the deeper canals and back country. Further out to creek mouths, and flats near rivers and deeper water. Trout and snapper have also been a almost sure catch during good tides coming off this last new moon. Redfish can be targeted in my poling skiff during the low tides, fishing in the mullet with gold spoons and Paddletails on a jighead.

Fishing the power plants, has been good for trout, pompano,permit and other species such as cobia, ladyfish, and jacks. We have been catching some sheepshead on the nearby reefs and should see a big push in the following weeks.